Last week in #2 of this series the little men were in Africa observing the animal life there.  Unfortunately they were too busy watching the giraffes to notice the leopard observing them from the bushes.  When he pounced, there was sheer pandimonium as most of the men were scared to death.
Of the remaining survivors, only one little man kept his wits about him and was able to continue his journey.  Now he is on the threshold of EXPLORATION.  As he looks out at the world he sees many facets to explore.  The world of the mind is there offering art, literature and man’s inventions.  Beyond that he sees the beauty of nature all about him in the trees,blooming plants and geologic wonders. Above in the heavens he can envision and explore the stars, planets and galaxies.  All he has to do is go forward on new adventures beyond his imagination. 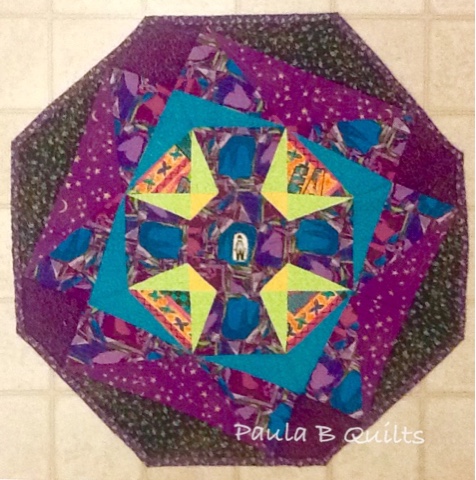 This wall quilt of my own design was made for a quilt show challenge, which won first place for use of color.  The bright graphic areas represent the world of the mind. 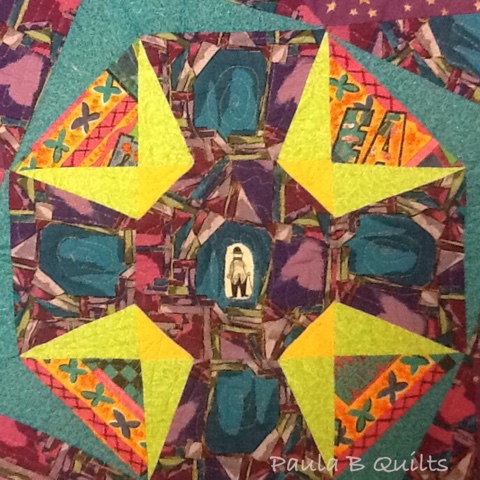 I did free motion quilting with metallic thread, a nightmare in itself in the early 1990’s.  But it was done by the deadline.  I used leaf motifs in some nature areas and swirls like comets or galaxies in the starry pieces. 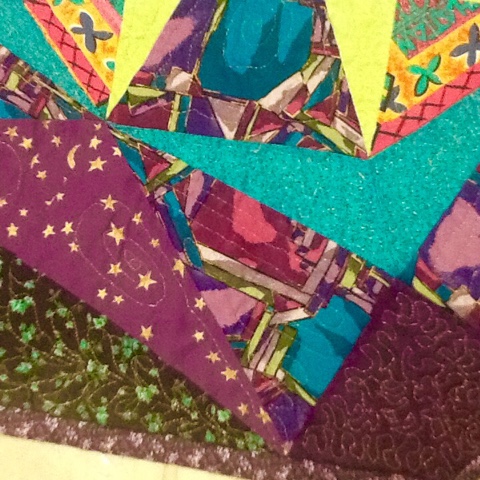 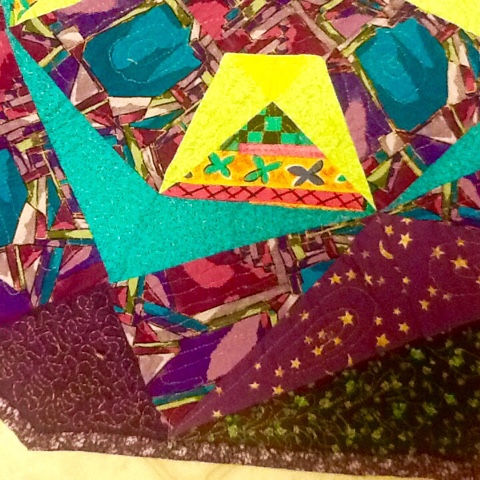 Overall, I was very happy with the way it portrayed the theme of EXPLORATION as the culmination of the series.  I doubt that I would attempt it today.
I link up with RSC15 at superscrappy.blogspot.com, Sew Cute Tuesday at blossomheartquilts.com and Throwback Thursday at kristaquilts.blogspot.com.   Please check them out.