I grew up in New England and never recall seeing a quilt until I moved to California after college graduation. It’s probably because quilting was not a popular pastime in New England as it was in the Midwest and the southern states. The New England textile mills were a main industry there and so woven coverlets were traditional. All that changed when I was married and looking for some antique silver to match the pieces handed down in my family.

I was also looking for decorations for my color scheme which included rosy red carpet in the bedroom. I entered one antique shop in Palo Alto and found a quilt in rose as well as green and orange in a floral design. It was folded and draped over a chair. The price was only $30 and I decided to buy it for our double bed.

I have never seen this type of quilt before, but I thought it might be old, from about the 1930s. I had seen pictures of floral quilts made during that time period. I put it through the washer and dryer and we used it every day on our bed, with two kids climbing all over it.

To satisfy my curiosity about the quilt I began to try to find out more about quilts in general. The ones I saw done in red and green usually had been made around Baltimore Maryland. Mine was not at all as expertly made as those. As you notice, there are differences in the design of the blocks and in each of the borders. Some have more detail and one of the borders has no appliqué at all.

I began to study the details of the quilt itself to find some clues. The red fabric had some worn areas which didn’t appear to be from wear, but breakdown of the cloth itself.

I learned that this breakdown was caused by a mordant such as iron used in the dyeing process to obtain the red color. The binding was in a solid true colorfast red and was obviously applied at a later date, probably to replace an earlier worn out one.

The stitching was not very fine in the quilting and the appliqué was done with a blanket stitch.

In between the branches are sets of three quilted hearts. I learned that these were used in a bride’s quilt.

When I held the quilt up to the light I could see several little seeds in the filler, which meant that it had not been run through a cotton gin or only a very early model.

The final clue to its age was the design, which was a variation of the Harrison Rose pattern. This was named for William Henry Harrison, a popular military leader, who became president in 1841 and died after only 31 days in office.

All of these clues led me to realize that the quilt dated back to pre-Civil War days, a century earlier than I had first supposed.

Because of all these details I like to imagine that the quilt was made for a bride back in the southern states, who came by covered wagon to California during the Gold Rush in the 1840s.

Needless to say, I no longer put it through the washer and dryer and now keep it very well protected in a pillowcase so it can breathe.

Thus my interest in old quilts began many years ago and I have collected quite a few 19th century quilts since then. The clues to the age of the quilts can usually be found in the fabrics and the method of construction. It’s like solving one of my favorite mystery novels.

I didn’t begin quilting myself until about 1980, but that’s a story for another day. If any of you are interested in dating quilts, let me know and we can share stories.

13 thoughts on “My First Quilt” 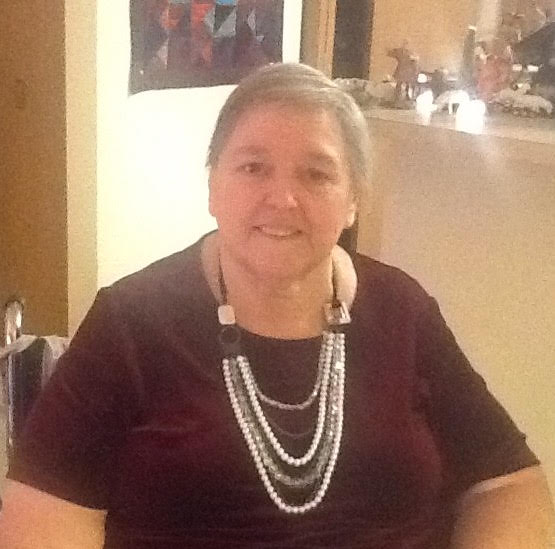