This week was another profitable scrappy quilting time for me.  It began when I found two fleece blankets to use as backing for Project Linus quilts.  They had hidden behind piles of fabric for a couple of years.  Last week I made a Mile a Minute top to be used with the silly one.  Purple penguins go with anything, so it is pinned and ready to quilt. 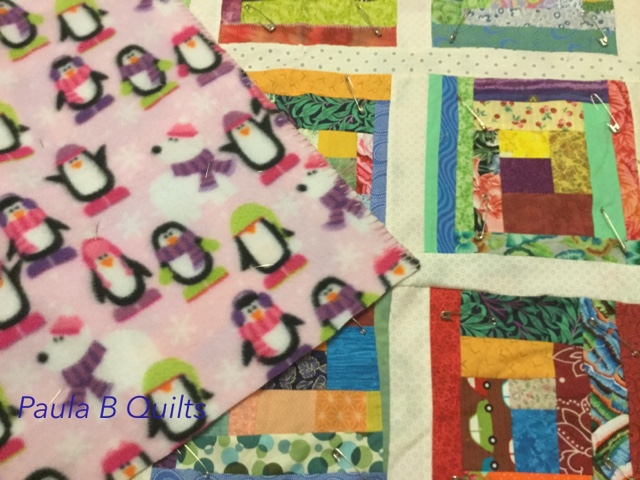 That left the other fleece and I determined to use it right away.  Here it is with a few of the fabrics I chose for the top. 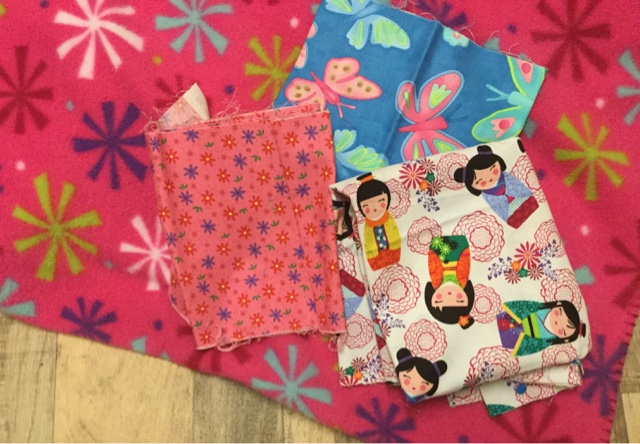 I think the easiest top to make is a row quilt with no seams to match.  The pieces I chose had to be, for the most part, the full width of fabric.  I also joined a chain of charms for one row and in another I used some orphan 4-patch blocks.  It’s a girl quilt which will have the nice rosy fleece for backing. 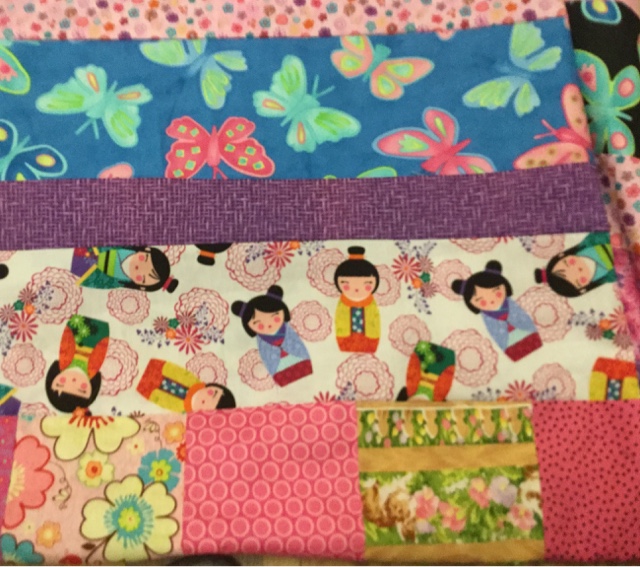 I was delayed a bit due to some dental work  but got it finished in a day.   I paired up two strips at a time and then measured the length.  I just did that until it was long enough, about 52 inches.  So this is my girl’s pink, blue and purple top ready to be pinned. 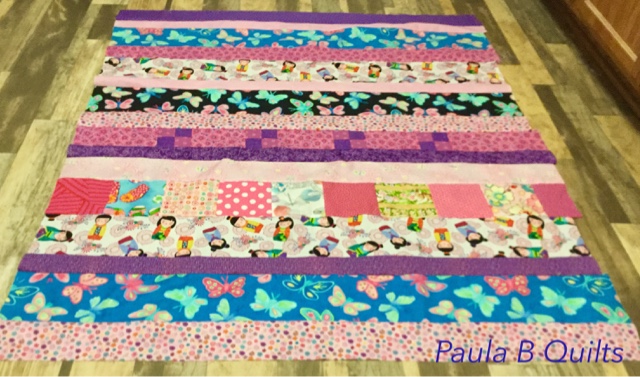 I did not have a chance to even sort through and locate my orange bits for September’s challenge.  That will officially begin tomorrow and I’ll be back to making my usual monthly rainbow blocks.
The weather has definitely cooled off here, such a delight.  I do pray especially for the folks in Texas who survived Katrina only to have this second devastation.  So much loss!  And so many kind people doing what they can to help.
I’m linking up with
Rainbow Scrap Challenge at
soscrappy  and