AN EVOLVING IMPROV PROJECT
I started the Rainbow Scrap Challenge for 2016 by making, among other things, a 16-patch block using the colors of the month supplied by Angela at soscrappy.  They were a mix of two colors each month, such as pink and brown, purple and blue.  I had no thought for any use of them when they were done.
These were the first four blocks through April, 2016.  My only goal was to make them as colorful and playful as I could. 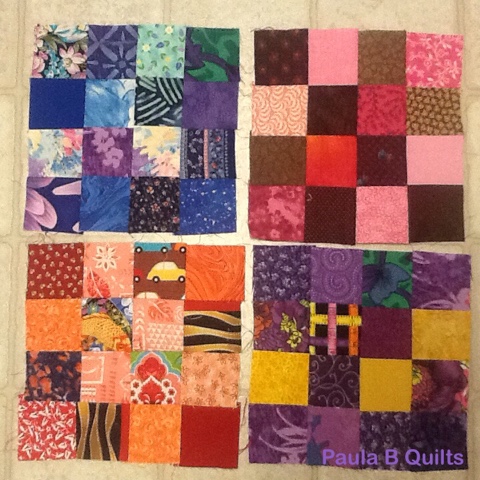 By August I had nine blocks, nice but not enough to use by themselves. 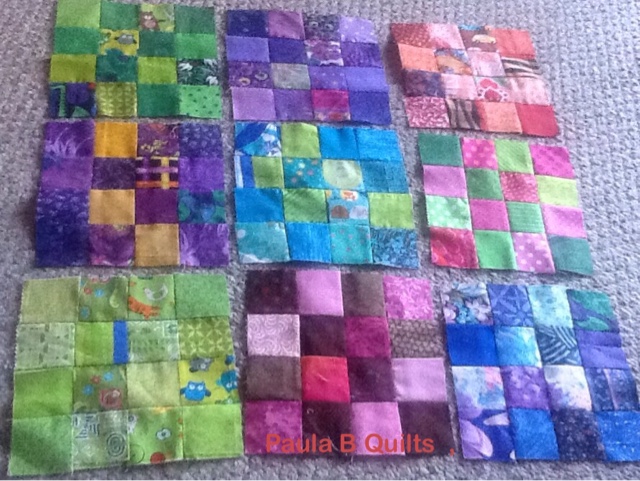 The tenth color was black and neutrals, which I chose to skip.  Instead, in October I decided to make more muticolored blocks and ended up with these. 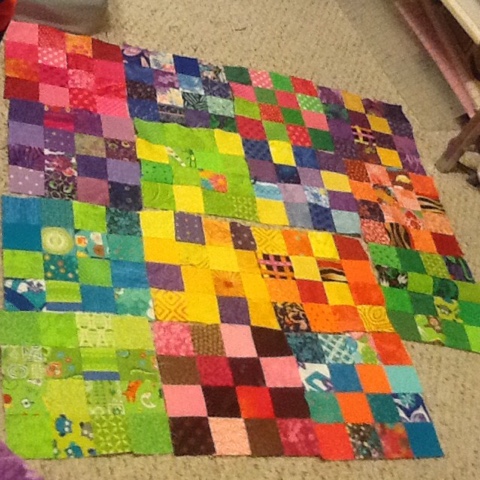 I certainly had lots of color but no purpose in mind.  So they just got stuck down in a pile of UFOs untiil last week.  I had some free time and, while browsing through my stash, I found this fleece blanket with monkeys and bananas.  It was designated for a Project Linus quilt backing and at one point I had bought some banana fabric to go with it.   How many people buy banana fabric?  Only us crazy quilters. 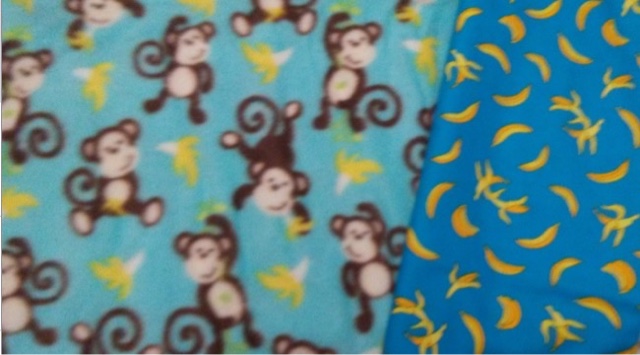 I only needed to add about 6 inches all around to make a little child quilt.  What better than monkeys and bananas?  The finishing touch was the 9-patch corner blocks and one flimsy finished this morning. 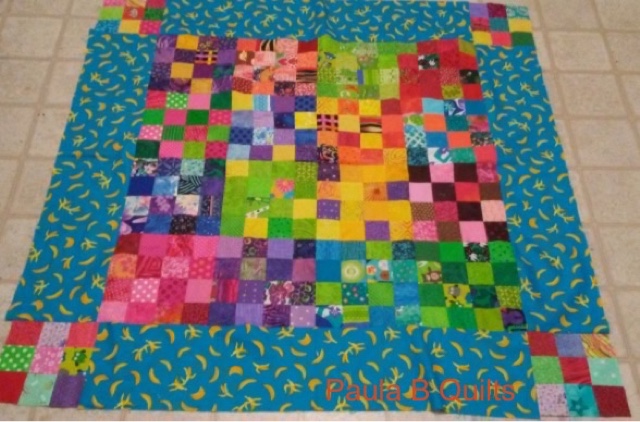 Is it colorful enough?  I really love it, an improv to donate to Project Linus on May 8.   In fact, I guess it also counts toward AHIQ goal two because it has two different sizes of blocks  However, I already have some blocks in mind for that goal, so just count it as an extra improv and a UFO finish.
Thanks, Kaya and Ann, for running this challenge.  I’ll be back next month for sure.  Come check out the Ad Hoc Improv Quilts doings at  Kaya’s blog,  Sew Slowly, or Ann’s blog, Fret Not Yourself.