When I laid out my 16-patch blocks last week, I had the idea of making a medallion quilt with a large star pieced block in the center.  This is what my friend and I were playing with, using the ten RSC16 monthly blocks plus two additional. 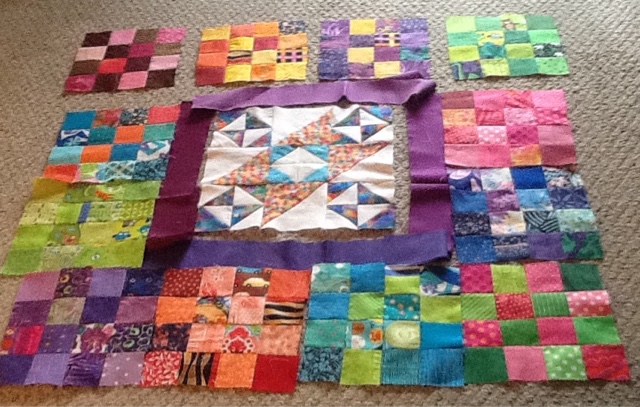 At this point I had no special block for the center.  I decided to make a block from Mari at The Academic Quilter, which I showed in progress last week.  After finishing the patriotic 16 inch block I  laid it out all nicely pressed.  Later came DISASTER.  One set of star points was pointing inward instead of out.  I did not take a photo.  After much ripping and restitching  it looked like new. QUnfortunately it did not look good with the other blocks.
My friend and I decided that I should make four more 16-patch blocks to fill in the center and then add black sashing.  Unfortunately again, I was out of 1-1/2-inch black strips.  So I worked on the extra blocks.  The blue one was resurrected from a reject. 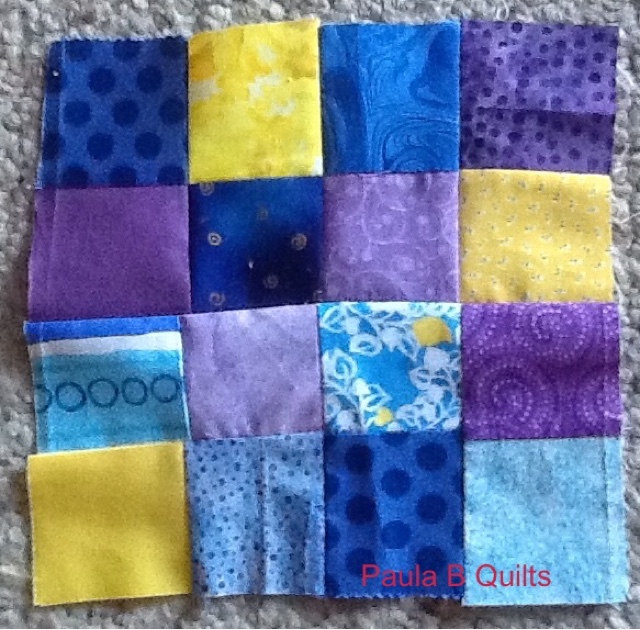 This spring green with yellow was different from the other greens. 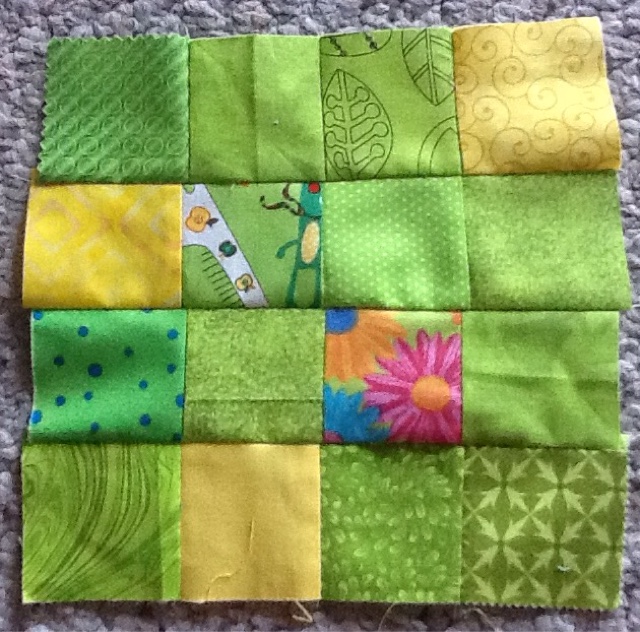 I love this yellow with purple accents. 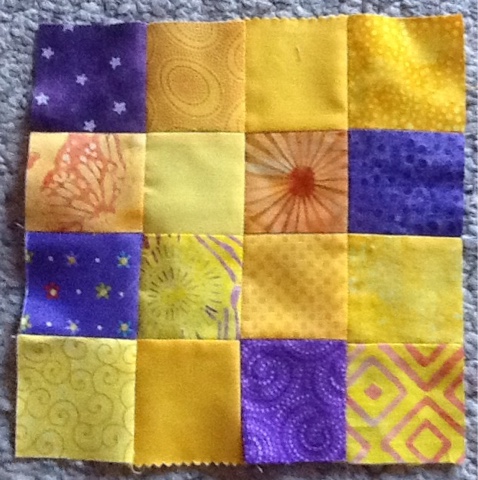 I tried to spark them up by adding yellow, which unified the central ones.  Fifteen to this point with a quick pic late last night. 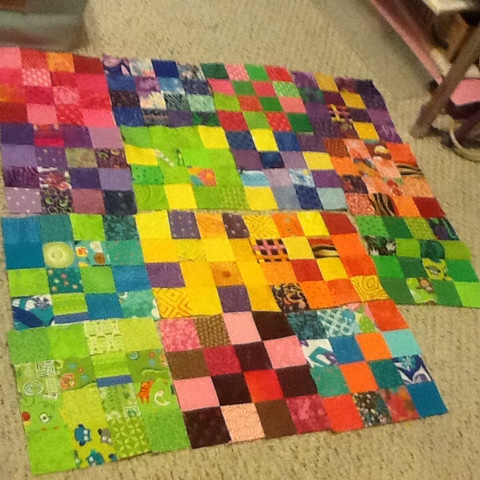 This looked good, so today I finished the final block for the bottom row. 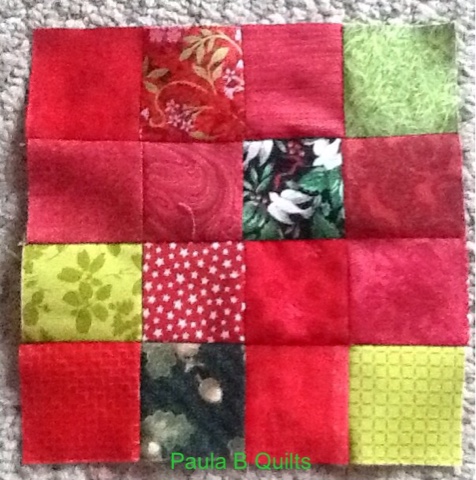 Looking at them side by side I am not sure about the black sashing.  Another friend is cutting some strips on her Accucut.  Then I will have something to compare before committing myself.
At least I’ve made some progress, but that’s all the quilting I’ve done this week.  Hope you have all had productive weeks or at least are happy with what you’ve been working on.
For more ideas, check out these link sites:
Rainbow Scrap Challenge at
soscrappy